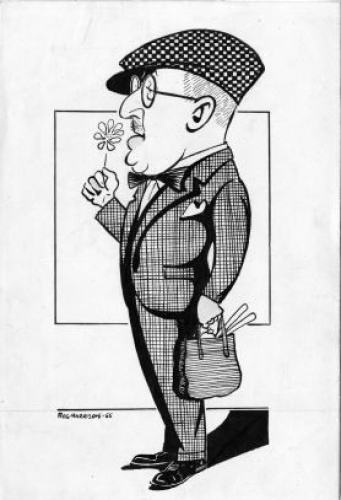 If asked to write a list of all the public gardens in Brighton, I suspect most people would forget to include The Rockery. This really is one of Brighton’s best kept “secrets”. It gets overlooked by residents and is largely unknown to the countless people who drive past it every day. So, in its 80th year, the Garden Manager, Andy Jeavons, and I thought it would be a good idea to shine a little light on its history, the way it is now and plans for the future.

The Rockery is located opposite Preston Park across the main London Road and was built within a small wood known as The Rookery, because of the birds that nested there. Back in the 18th century, The Rookery was a popular destination for tourists. A 1780s guide book enthused about Preston, the ancient church, small rural community and the nearby Rookery Woodland - where one could visit a public and very fashionable tea garden. (The National Trust were not responsible for the notion that a day out is incomplete without tea and cake after all!)

In 1880, a visitor from Brighton looking for the charming and picturesque, commented that, “The old Rookery appeared to be as flourishing as ever if the vocal strains of the sable colonists were any criterion”.

Brighton Corporation bought the land for The Rockery in 1883, at the same time they purchased 67 acres of meadowland from the Bennett-Stanford family for Preston Park, but it remained in its original state, with the exception of three bowling greens, until 1934.

Then, during a period that saw the re-vamping of several parks in Brighton, Parks Superintendent, Captain Bertie Hubbard MacLaren (known as Mac) decided that the 3.5 acre site, described as little more than an overgrown railway embankment, would be the ideal place for a “large rockery garden”. He, apparently, conceived the idea after visiting the Chelsea Flower Show.

1,350 tons of limestone was shipped in by train from Cheddar Gorge and a special “siding” was created at the top of the bank so the rocks could be easily unloaded. The stone was lifted straight off the carriages and sledded down, to be laid out below by unemployed labourers. This was a time of severe economic depression and unemployment was very high; MacLaren had no problems drafting in a dozen men to work for free. I guess today we would call them “volunteers”! The garden contained winding pathways, pond, stream and a fine collection of 3,000 alpine plants, plus shrubs, trees, herbaceous perennials and a 100ft waterfall. MacLaren also understood the lure of a tea room (and toilets) and incorporated a thatched chalet from bricks painstakingly dismantled from the old police station on the Level.

The total cost of redesigning the land was £4,500 and construction took two years. On the 30th May 1936, a young girl, the winner of a specially designed competition, opened the garden alongside the Mayor, John Routley.

The project was very successful, however, it nearly cost the Parks Superintendent his job. Just after the opening he was accused of financial irregularities and an investigation was launched into the sourcing and paying for the rocks. MacLaren had paid a penny a ton more for the stone than he should have done. He was taken to Court, where he explained that the stone had been specially selected and, therefore, cost more. A nine hour council meeting, held in January 1937, totally vindicated him and Alderman Wilfred Aldrich declared that the charges should never have been made.

As well as the chalet, the garden had another small building which was the gardeners’ mess room. This was situated towards the back of the garden along the north fence. But, during the great storm of 1987, a large tree fell and destroyed it. The concrete plinth still remains and now forms part of a new bird hide. Several large trees were lost during that time, notably the weeping willow in front of the pond. This has since been replaced and is now a major feature in the garden.

It has often been asked if the garden was based on the oriental, willow pattern design used by Thomas Minton on his chinaware, but no reference has been found to this in the garden’s original plans or construction, despite some similarities.

In 2010, after years of neglect, vandalism and non-investment, it was decided to start a major overhaul of the lower part of the garden. Old, tired shrubberies were removed, obstructive trees were taken out and then a programme of both hard and soft landscaping began. Areas of pathways were re-laid, new steps and paths put in, slate chippings were added to the beds and a wide and vibrant collection of bulbs and plants were planted.

Garden Manager, Andy Jeavons, believes that colour is the key to the garden’s success. Large drifts or blocks of colourful herbaceous perennials are planted among spring bulbs. These give way to stunning autumn colour before everything dies down for winter, revealing the garden’s rock structure.

Andy is the only full-time member of staff in the garden. A small group of loyal volunteers help out on Wednesdays and, at other times, he is assisted by members from Community Payback. In 2015, The Rockery won a gold medal in the South East Britain in Bloom competition, an award that they are all very proud of. This year, to mark the garden’s 80th anniversary, there will be a series of guided walks led by Andy, the Garden Manager – see below for dates and times – and lots of opportunities for us all to enjoy this amazing creation.

During the week, tours will start at approx 6.30pm, 11.30 a.m. on Sundays. To find out more visit their Facebook page https://www.facebook.com/PrestonRockGarden/ or, better still, visit the garden and say hello. 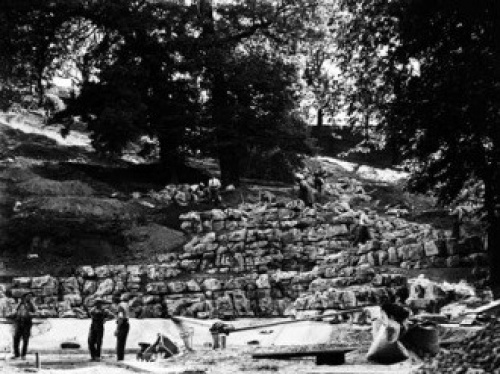 Image courtesy Brighton and Hove City Council. Construction of the rock garden, the brainchild of Captain B H MacLaren, 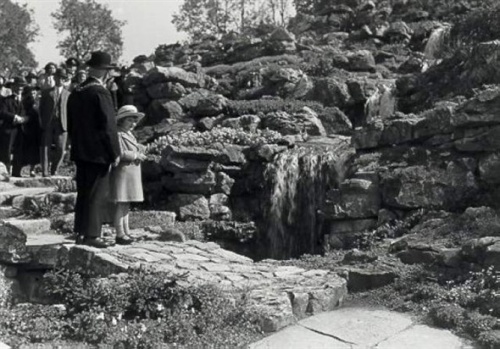 Image courtesy Brighton and Hove City Council. Opening of The Rockery, 30th May 1936.