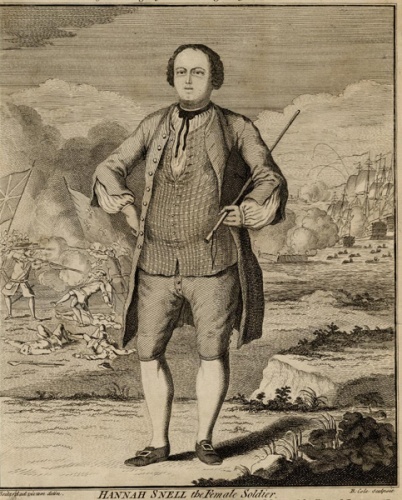 Who wears the trousers in your house? Unlike modern women, who dress mainly as they please, earlier generations were both restricted and defined as the weaker sex by their ‘petticoats’. As we mark Mother’s Day and International Women’s Day in March, let’s consider some of the pioneering women who defied convention by literally wearing the trousers (or bloomers or breeches), ignoring censure and paving the way for the sartorial freedoms enjoyed today.

In earlier centuries many avenues in life were closed to women and some females seeking adventure or a meaningful role in a male-dominated world posed as men, modifying their hair and adopting male garments. The legendary pirates of the Caribbean, Mary Read and Anne Bonny caused a stir in the late-1710s/1720 and were later portrayed in popular prints wearing sailors’ jackets and loose ‘slop’ trousers, and wielding cutlasses. In reality, reportedly Anne, lover of pirate captain, ‘Calico Jack’ Rackham, did not conceal her gender, but Mary/Mark Read had worn men’s clothes since her youth and first joined the military in disguise, before turning pirate.

Over time, many women entered the armed forces, incognito. One was Phoebe Hessel (née Smith), 1713-1821, whose precise story is uncertain but who is said to have enlisted in the British Army in order to accompany her lover, Samuel Golding. They both served in the West Indies, Gibraltar and Europe and were wounded at the Battle of Fontenoy, 1745. At length she revealed her position to an officer’s wife and she and Golding were discharged and married. Allegedly her sex became obvious when she was undressed to be flogged, upon which she exclaimed: “Strike and be damned!” She was not punished and received her soldier’s salary. After Golding died, Phoebe married a Mr Hessel from Brighton. Following his death when she was aged about 80, she supported herself by selling fish and vegetables in and around Brighton. Phoebe became a well-known local figure and was later to be seen selling gingerbread and oranges on the corner of Marine Parade and Old Steine. She was a favourite of the Prince Regent, attended his coronation celebrations and died in December 1821 aged 108. She is buried in the graveyard of St Nicholas Church.

During the American Civil War (1861-65) an estimated 400 females cut their hair, donned Confederate or Union Army uniforms and fought, drank and cursed as men – some for the excitement, others to accompany their husbands, or simply for the pay. Meanwhile in Britain another gender-related deception concerned Dr. James Barry - or, rather, Mary Ann Bulkley who lived as a man for many years. Born c.1789-99, Mary graduated from Edinburgh University Medical School, where she probably already posed as a male student in order to become a doctor (the profession then being closed to women). ‘Barry’ then joined the British Army as a Hospital Assistant in 1813, perhaps served at Waterloo, and afterwards became an army surgeon in South Africa and India. After a distinguished career, Barry died from dysentery in 1865 and, reportedly, a charwoman who took charge of the body discovered the true gender of the eminent military surgeon, although acquaintances claimed to have always known: regardless, the Army sealed Barry’s records for 100 years.

By the early-1800s impractical female fashions were being questioned by progressive thinkers who advocated alternative forms of dress. Some European and American utopian socialists proposed trouser-ed outfits for women and these were adopted within their communities, to symbolise men and women’s equality and the elimination of class differences. As fashion grew more extreme and numerous heavy petticoats were needed to support widening skirts, the issue was taken up by American feminists including Elizabeth Cady Stanton and Amelia Jenks Bloomer, who in 1851 advocated a ‘Turkish’-style costume comprising a jacket and knee-length dress worn over loose pantaloons gathered at the ankle. Modest and relatively comfortable, so-called ‘Bloomer costumes’ attracted such public ridicule and condemnation that they were abandoned, for fear of damaging the cause of female political and social emancipation. Indeed, trousers became so firmly associated in the Victorian mind with women’s emancipation that they aroused deep-rooted anxieties about the possible masculinisation of women. Men’s concerns were expressed in satirical prints and cartoons and most women rejected Bloomer dress.

While privileged ladies enjoyed following fashion, working women labouring outdoors devised functional clothes to aid physical activity and provide comfort and protection. The most celebrated Victorian working women were the pit brow lasses of mining communities in northern Britain and the Midlands who operated at the pit heads, sorting coal, shifting tubs around the yard and emptying skips – arduous and hazardous work. By the 1860s many, particularly the much-photographed Wigan ‘broo wenches’, had adopted padded trousers for warmth, easier movement and safety, since full skirts caught easily on moving machinery. On top they wore a shift and blouse or smock frock, teamed with a padded skirt, hitched up to the thighs, over the trousers. Yet when the working day ended they changed into a regular dress, becoming again dutiful daughters and housewives.

By the late-1800s more women were pursuing outdoor activities and the demands of sport gradually advanced the wearing of bifurcated garments, once considered the exclusive preserve of men. For example, Victorian ladies’ bathing costumes comprised knee-length dresses worn over trousers and in the early-1900s, daring figure-hugging ‘unitards’ evolved for competitive swimming. In pioneering girls’ schools and colleges students sometimes wore tunics or gymslips and bloomers for gymnastics. When cycling became popular in the 1890s, despite criticism in certain quarters, some female cyclists wore practical jacket and breeches or bloomer costumes called ‘rationals’ – including the bold members of the Brighton Ladies’ Cycling Club.

The Great War (1914-18) witnessed a major overhaul of the female workforce and many females working in heavy industry wore tunic overalls and trousers or dungaree-style boiler suits. Motorcycle despatch riders wore jodhpurs as part of their WRAF uniform and recruits into the Women’s Land Army were issued with a knee-length overall coat, breeches, boots and gaiters. Critics claimed that farm girls were losing their femininity, but this was addressed in the Land Army Handbook: ‘You are doing a man’s work and so you’re dressed like a man, but remember, just because you wear a smock and breeches you should take care to behave like a British girl who expects chivalry and respect from everyone she meets.’

Afterwards, practical working breeches and trousers seemed inappropriate, yet a precedent had been set and increasingly women donned comfortable slacks for leisure wear, including loose beach pyjamas, fashionable for holidays. When war erupted again in 1939, women adopted air-raid suits and trousers, dungarees and jodhpurs for all manner of work. In 1945 there was no going back: older, traditional ladies remained unsure about the morality of trousers and avoided them altogether, but the younger generation followed new casual, youthful fashion trends from America. Trouser suits and denim jeans became popular during the 1960s and 1970s, although the workplace remained conservative. Occupational inequalities persist, but no woman in modern western society need be physically hampered by her clothes. 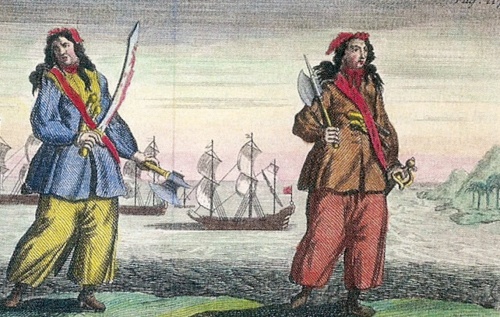