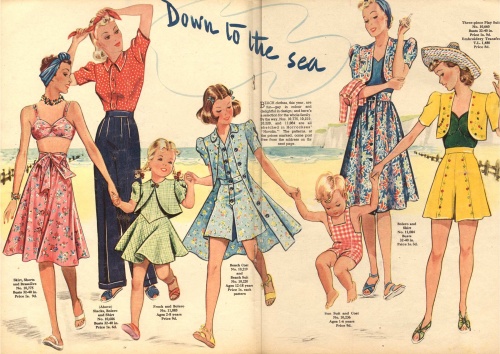 At time of writing (early June) we are enjoying our first ‘heatwave’ of 2021 and many Sussex residents and visitors are wearing t-shirts, shorts, cotton dresses and sandals. Sandals are defined as an open style of footwear comprising a sole secured to the foot with straps over the instep and sometimes around the toes and/or ankle. Sandals may resemble certain other forms of footwear, but the term usually refers to styles that leave most of the foot exposed.

Sandals, being easily fabricated using natural materials, have been worn since time immemorial. The oldest known pair, found in Fort Rock Cave in Oregon, USA and woven from sagebrush bark, have been radiocarbon-dated to at least 10,000 years old. The word ‘sandal’ is of Greek origin - sándalon – and sandals were widely worn throughout the ancient and classical worlds. The Pharaonic Egyptians used papyrus and palm tree leaves, as seen in 4,000-5,000-year-old Egyptian statues and reliefs, the ancient Greek writer Herodotus stating that sandals of papyrus were part of the required and characteristic dress of Egyptian priests. In Ancient Greece, most women wore sandals at home, often fashioned with coloured leather straps, while different styles of men’s sandals were graded according to status, from the common twig and leaf sandals of comedians and philosophers, to the high-legged boot sandals worn by horsemen, hunters and others of high rank and authority. Various styles were also worn in Ancient Rome, wearers carving their leather boots and sandals with ornate designs.

Historically, sandals have mainly been worn in warm climates, to keep the feet cool and dry, and after the Romans evacuated Britain from the late 4thC AD they were scarcely worn, except, for example within some monastic orders. Britons encountered sandals on their travels to the Mediterranean and Near and Far East, but lightweight, open footwear had little place in Northern European culture, until dress reformers and free-thinkers began to advocate simpler alternatives to formal, restricting 19th-century fashions. Edward Carpenter (1844-1929), English utopian socialist, poet, philosopher, gay rights activist and vegetarian, wrote in his autobiography how his teacher friend Harold Cox (later Liberal MP for Preston) toured India in 1885/6, visiting Kashmir, from where he sent Edward a pair of sandals. Edward wrote:

‘I had asked him, before he went out, to send some likely pattern of sandals, as I felt anxious to try some myself. I soon found the joy of wearing them. And after a little time I set about making them. I got two or three lessons from W. Lill, a bootmaker friend in Sheffield, and soon succeeded in making a good many pairs for myself and various friends. Since then the trade has grown into quite a substantial one. G. Adams took it up at Millthorpe (Derbyshire) in 1889; making, I suppose, about a hundred or more pairs a year; and since his death it has been carried on at the Garden City, Letchworth.’

Sandals were generally considered controversial in late-Victorian Britain but gradually a minority adopted the simple footwear for relaxed holiday/walking wear, or to express personal taste or ideology. In Lark Rise to Candleford (1880s) the small rural community were surprised to see ‘a visitor in his holiday attire of shabby Norfolk suit and sandals…’, while eccentric writer, artist and photographer Frederick Rolfe (aka ‘Baron Corvo’) wore sandals in 1893. In August 1901 the Manchester Evening Mail ran a cartoon, ‘The Sandal Boom’, showing women in sandals with straps between their toes and ankle straps. During the early-1900s sandals were popular with the Bohemian circle of artist Augustus John, who wore unconventional clothes and sandals, reflecting their utopian outdoor lifestyle, contrived ‘gypsies’ on the fringe of society.

Children’s wear also led 20th-century fashion developments, for it was becoming recognised that juveniles needed simple, practical and comfortable clothes and footwear. During the 1920s little boys and girls often went bare legged in fashionable round-toed bar shoes, or the new leather T-bar sandals that would become a perennial favourite. This also reflected the growing trend for sunbathing and demand for simple, cutaway dress items that bared the limbs – a fashion that rapidly spread from the elite resorts of the French Riviera and California to British beaches by the turn of the 1930s. Exposed legs and feet required open footwear for summer holidays and weekends and by 1931 open-toed shoes were being advertised, like the Harvey Nichols ‘open-toe multi-strap sandals’ worn with a summer suit.

The 1930s were a revolutionary decade in which many new forms of relaxed, casual wear became acceptable for leisure occasions, from open-necked shirts and shorts to simple sandals. From mid-decade smart court shoes often featured peep toes, further popularising open-toed footwear. More open narrow-strapped sandals also became available, sometimes made with heels for smart day or evening wear, or teamed with ankle socks for summer or sporting pursuits. Men also began to wear sandals with socks and shorts or flannel trousers as casual wear, some of the more curious-sounding models including the ‘Tibetan Monastery Sandal’ and more robust ‘Heavy-weight Willow calf for walking’ with a thick crepe sole.

Practical T-bar leather sandals were widely-worn by the 1940s, remaining a classic, if rather conservative children’s style today. During the war many women wore plain T-bar sandals and ankle socks, even with winter coats, silk or nylon stockings being in short supply. After the war, British beaches re-opened and swimsuits, beachwear and general holiday clothes received a major make-over. Many new styles of sandal, with ankle straps, wedges or platforms, peep toes and sling backs came onto the market, adding renewed novelty and glamour throughout the years of continuing rationing. Bright colours came into vogue during the late-1950s and 1960s, along with new synthetic materials. In 1956 the first injection-moulded plastic/PVC sandals were made in Britain – the familiar cheap beach shoes later called ‘jellies’, still popular today. 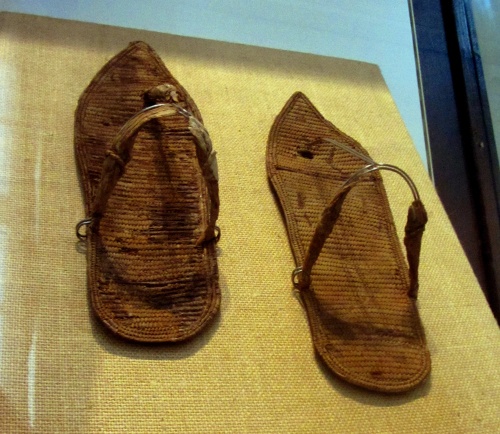 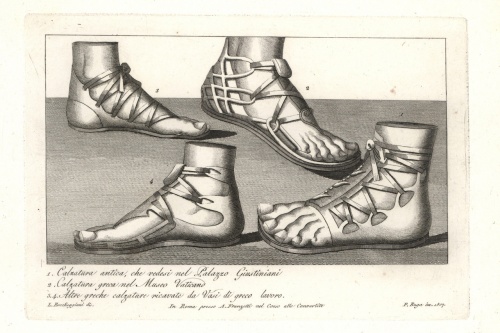 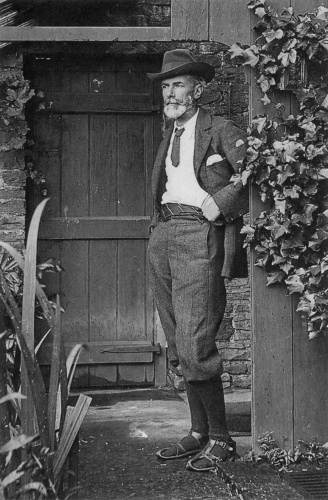 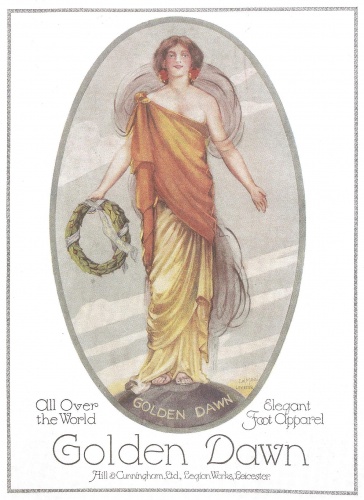 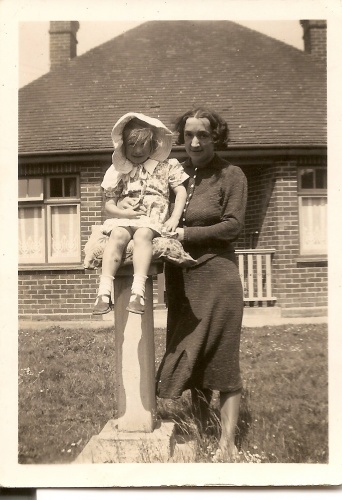 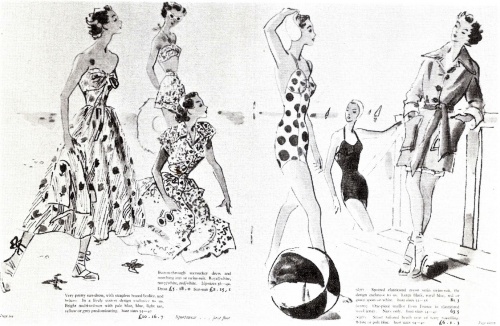 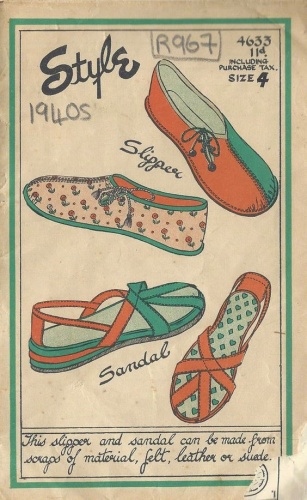 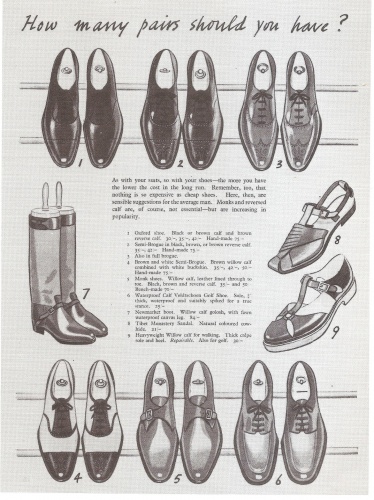 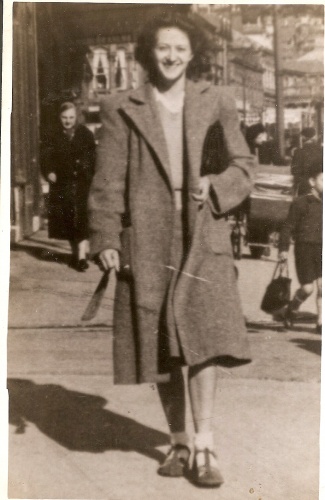