A short history of the Brighton Trams 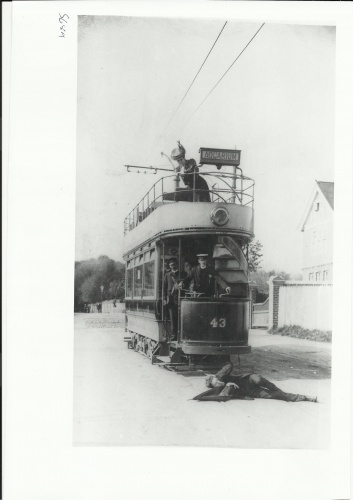 As far back as 1864 a system of horse trams had been presented to Brighton council. This scheme was rejected on the grounds that the streets around the Hanover district were too steep for horse trams to operate on. Towards the turn of the century and with the development of electric trams, an electric tramways system became a viable proposition and in November of 1898 a Parliamentary bill was prepared enabling the town council to go ahead with a tramway system. I believe some of the council went on a fact-finding mission to various European Cities, nothing new about business trips and expenses then! Due to the narrowness and steepness of the Brighton roads a narrow gauge of three foot six inches was decided upon, but this also meant that the cars had to be open top. The board of trade were worried about trams of this gauge blowing over as they were exposed to gales and other sea side perils! The voltage for the system was 550 volts dc.

November the 25th 1901 saw the inaugural run and opening ceremony of Brighton’s first tram route from Lewes Road to Victoria Gardens - the fare being 1d. By 1904 the system was complete with all routes opened. These routes were all given differing letters so each route could be identified. The routes in the town were: -

The tram routes covered the pre 1929 town boundaries and attractive wooden shelters were built at various stopping points, which were of a rustic design, the biggest being at the Aquarium. Some of these shelters still exist around Brighton and three are used at the Amberley chalk pits Museum. The tram shed/depot at Lewes Road was built in 1901. The Corporation decided to build its own tram bodies from 1908, and these were famed for the quality of their workmanship. By 1927 the management could boast that all trams running on the system had been built at the Depot. The number of trams kept for service was about 80.

In July 1905, a tourist route was also introduced, lettered ‘T’, which ran over most of the system taking one and a quarter hour to complete its circuit. Two stops of fifteen minutes each were made at the Race Hill and Tivoli Crescent. The conductor acted as a guide pointing out places of interest along the way. The fare for this tour was 1/-.

Race days at Brighton saw the tram system really come into its own. Tram cars, up to 40 at a time would line up at the top of Elm Grove ready to load up with passengers and whisk them away back to the town centre or the railway station. In August of 1913, 22 tram cars were loaded, reversed and dispatched within 20 minutes, carrying away 2,056 passengers. On August the 3rd, 1926, smoke came out of the power cable covers, due to the number of cars using the power, a serious case of overload! The manager of the trams from 1905 to 1939 was Mr. William Marsh, who took over from Thomas Holliday, who had moved to the Hastings tramways. Mr. Marsh was the man who kept the system running to such a high degree of efficiency and was never seen without a red carnation in his jacket lapelle.

A system such as this needed much maintenance to keep it in good order. I don’t have any pictures, or much information about the men, but Brighton works car no. 1 was used for this purpose, taking men, welding and track grinding equipment wherever it was required on the system. Car no.1 is still in existence and is to be restored by ourselves.

By the middle of the 1930s, Brighton had expanded considerably, with many new suburbs, and these were without Corporation transport. The cost of extending the tram system was considered too much, and the open top Brighton design was beginning to look very dated. Buses had evolved at a fast pace and offered better comfort. In inclement weather, there were arguments about who went up top with the trams and due to the board of trade ruling there could be no improvements.

After a joint agreement with local bus operators in 1937, it was decided to scrap the trams and to replace them by trolley buses. Contracts were sent out for the trolleybuses and their ancillary equipment, including the local firm, Allen West. The tram route replacements started from April 1939, and the end of the Brighton trams came on 31st August 1939. One exception was the station route which had to be re-opened for the August races that year and it was noticed how the trams easily overtook the latest motorbuses up Elm Grove. I must point out that the trams had no standing restrictions, and one last evening tram was recorded with 104 tickets being issued, the seating was for 52! Routes E and Q were the last to go. On the 1st September of that year at 1am, car 41 left the Lewes Road Depot with a party of dignitaries on board, and by 2 am the last trip had been carried out and trams had left the Brighton streets for ever. That seemed the end for all of the trams, but…... In 2010 a group started restoring Brighton tram 53 and are now within two years of their goal of getting 53 to work again.53 was the very last tram built for the system in 1936-7 and had only two years of life as a tram, before becoming a shed, but after many years, 53 is coming back. As mentioned earlier, the works car, number 1, will also be joining 53. See Facebook Brighton tram 53 group, or e-mail us at tram53project@yahoo.com to find out more! 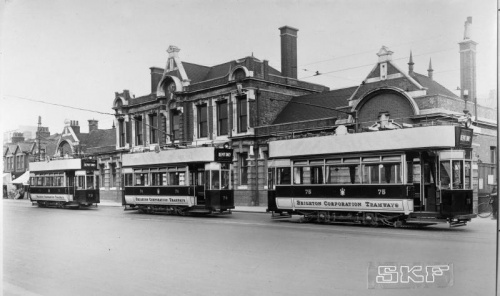 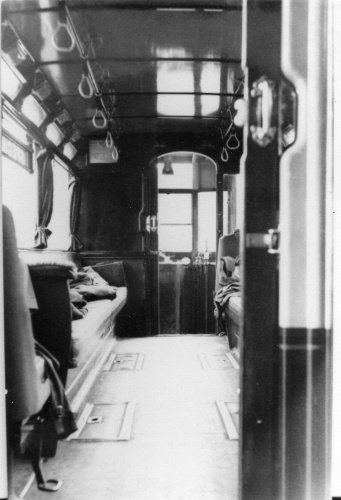 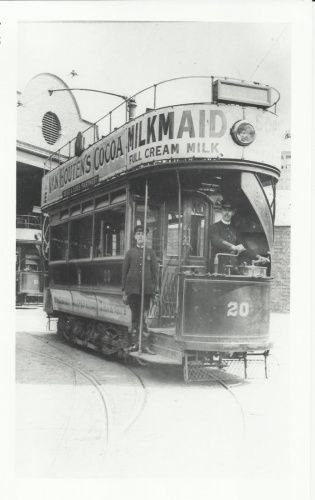 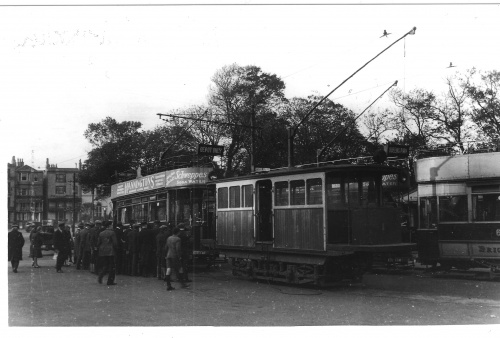 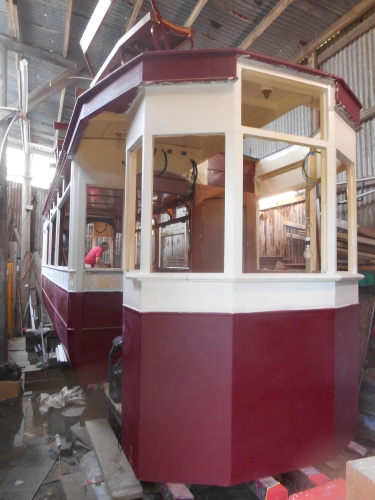 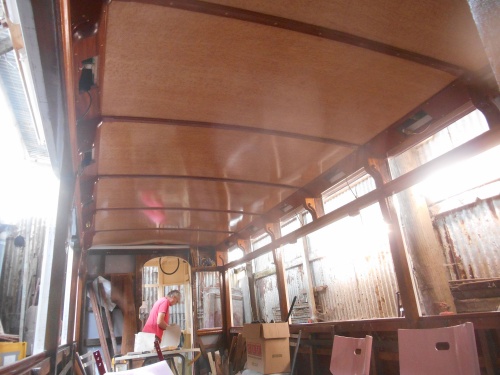