King of Chefs & Chef to Kings 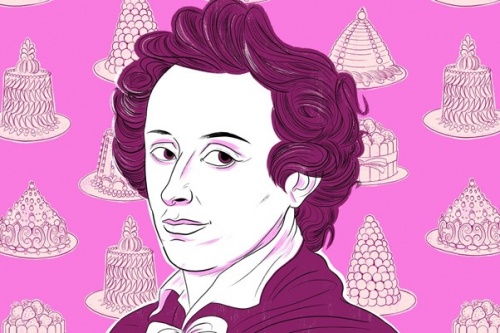 We may think famous chefs are a new phenomenon, a product of our seemingly endless fascination with celebrity and our voracious appetite for “entertainment”, but perhaps not!

The earliest chef to be credited with being a celebrity was the 16th-century Italian, Bartolomeo Scappi. He was the personal chef to Pope Pius V, and wrote one of the first modern recipe books, Opera. And then in the 18th-century there came a man who stormed the culinary world with both his remarkable creations and a shameless flair for self-promotion and marketing.

His name was Marie-Antoine Carême (1784-1833) and he changed the course of culinary history with his contribution to both the etiquette of banqueting and the elaborate style of cooking known as grande cuisine, the “high art” of French cooking. Carême is rightly considered one of the first internationally renowned celebrity chefs; he made Napoleon’s wedding cake, created fantastic souffles flecked with real gold for the Rothschild family in Paris, cooked for the Tsar of Russia, Alexander I, in St Petersburg and for the Prince Regent at the Royal Pavilion in Brighton.

Like many remarkable stories, this one started from very humble beginnings. Marie-Antoine Carême, named after the infamous Queen of France, was born in Paris on the 8th June 1784, part of a large family that may have included as many as twenty-five children. During the French Revolution, his parents fled Paris, leaving the nine-year-old Carême behind. His father reputedly saying, “You’re old enough to fend for yourself”.

Left on the streets in revolutionary Paris, young Carême was taken in by a family and for the next few years worked in a modest Parisian chophouse. When he was 13, he had the great fortune to be apprenticed to Sylvain Bailly, a well-known pastry chef in a fashionable neighbourhood.

Carême was determined to better himself and spent almost as much time in the library as in the kitchen; he learned to read and write and developed a love of architecture. He used the pictures he saw of temples and pyramids as inspiration for the fantastical pastry structures he made to go in the window of the pastry shop. These became increasingly complex and beautiful, sometimes several feet high, made entirely out of sugar, marzipan and pastry. The fashionable crowds that passed the patisserie really could not help but notice.

The nouveau riche of Paris came to love his elaborate and grandiose style of cooking, but Carême’s desire for recognition did not allow him to stay in one place for long. While working on his confections in the kitchens of Parisian high society, he quickly extended his culinary skills to main courses. These new skills were put to the test by French diplomat and gourmand Charles Maurice de Talleyrand-Perigord who challenged Carême to create a whole year’s worth of menus, without repetition, and using only seasonal produce. Carême passed the test and was once again ready for a new challenge.

In 1816 he moved to London and served as Chef de Cuisine to the Prince Regent in his London home, Carlton House, and at the Royal Pavilion in Brighton. Prince George considered himself a connoisseur of all things tasteful and refined and took enormous pleasure in Carême’s magnificent culinary works of art and the amusement they provided his guests.

Carême’s reign over the kitchens of the self-styled “First Gentleman of Europe” did not, however, last long. His annual salary of £500 was extremely generous; he only had to work one week in two and, crucial to the “snob” in Carême, he deemed the Prince’s outstanding collection of silver plate worthy of his culinary creations, but it was not enough to hold him. Perhaps he was homesick for the continent, perhaps the job-share with another chef did not work for him, or perhaps his adventurous culinary mind was too restricted by the conservative English food scene.

But before he left, he prepared one of the grandest, most extravagant Regency feasts to be held at the Royal Pavilion. On the 18th January 1817 Prince George invited the Grand Duke Nicolas of Russia to dine. His aim was undoubtedly to impress and Carême rose to the occasion by serving over 100 exotic dishes, including the head of a great sturgeon in champagne, terrine of larks, pigeons in crayfish butter, rose ice cream, and the Royal Pavilion rendered in pastry.

With performances such as this, Carême’s notoriety among the rich and powerful grew. He became the most head-hunted chef of his generation, contributing many ideas, dishes and techniques to the culinary world. He updated the chef’s uniform and introduced a new style of hat, call the toque (as worn by chefs today); he was the first chef to create categories for the sauces used in haute cuisine and he modernised the way people served food from all on the table at once to bringing out each dish according to the menu.

And, like all modern celebrity chefs, Carême wrote numerous books, but he has the distinction of being the first chef to get rich and achieve widespread recognition writing about food. He added to his own fame by referring to himself in print as the ‘Chef of Kings and the King of Chefs’ and to ensure that his readers knew what he looked like he included a self-portrait in each book. The phrase, “you can try this for yourself at home” is credited to Carême, but it is hard to imagine he ever really intended his books to be ‘how-tos’, as we understand them today.

Sadly, the career of this vainglorious and multi-talented culinary genius was cut short. Carême died, aged just 48 years. The cause of death may have been a dental infection – a professional hazard for the 19th century pastry cook – or, more likely, problems with his lungs, even chefs who cooked for kings were relegated to basement kitchens, where they spent long periods inhaling toxic fumes from charcoal burning stoves.

Marie-Antoine Carême is buried in the Montmartre Cemetery in Paris. The most fitting epitaph is one he wrote himself: “Charcoal kills us, but what does it matter? The shorter the life, the greater the glory.” 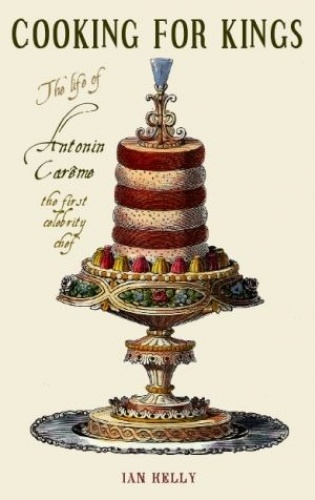 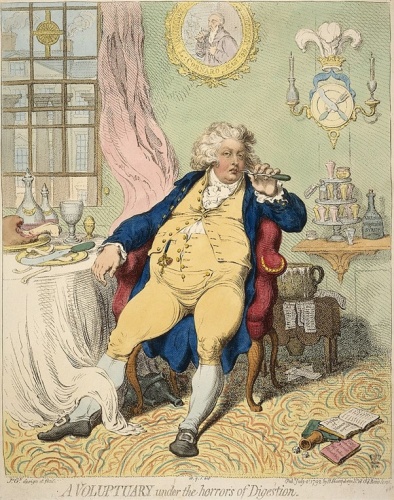 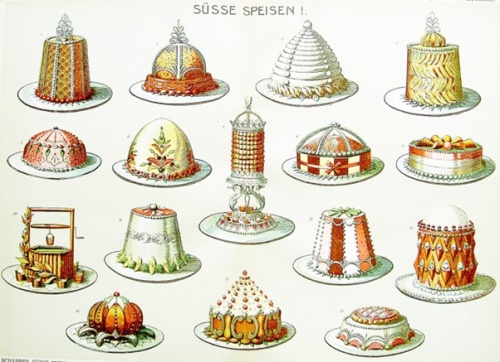 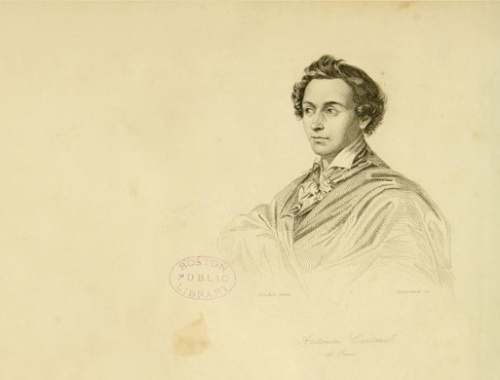 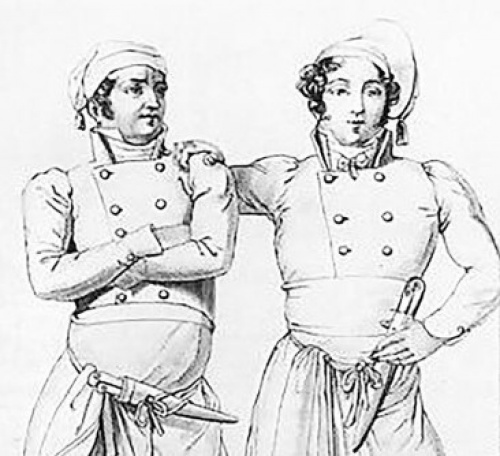 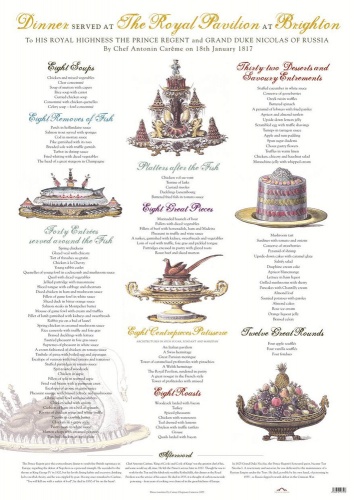