Hidden from History: A Statue for Mary Clarke 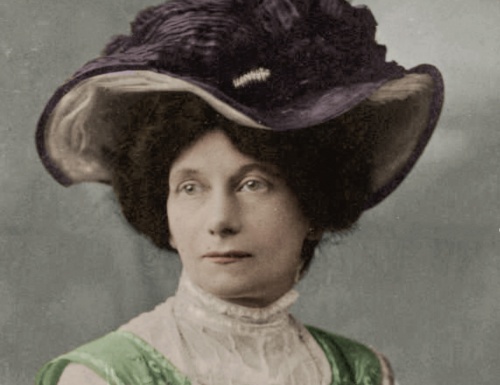 In recent weeks people across the world, have been re-evaluating the political and cultural significance of statues. There is disquiet about who and what has been commemorated.

There is also a recognition, one that has been growing since 2018 (the centenary of the first women getting the Vote) that, despite women’s many achievements, hardly any named statues across Britain commemorate them. Women have literally been ‘hidden from history’.

Our city is typical. Only one woman has a statue and she is Queen Victoria, commemorated less because of her achievements, than because she was monarch.

This is why, in 2018, the Mary Clarke Statue Appeal was set up to fund a statue of a woman whose extraordinary life and sacrifice had been almost entirely forgotten.

Mary Clarke was born Mary Goulden in 1861 in Salford to a radical family and became a decorative artist. She was a co-founder of the National Women’s Social and Political Union (WSPU) with her older sister Emmeline Pankhurst (formerly Goulden) and its paid Organiser for Brighton from 1909 to 1910.

During her time as WSPU Organiser in Brighton, Mary lodged with local suffragette Minnie Turner, in her boarding house ‘Sea View’ at 13 Victoria Road. From this address and the WSPU office at the Quadrant near Brighton’s Clock Tower, she helped build the WSPU operation in the South East of England and in 1910 organised the General Election campaigns.

Though Mary was known for her gentleness and was physically frail, she was extraordinarily brave. She had escaped an abusive marriage, during which she experienced destitution and homelessness.Thereafter she dedicated her life to the struggle for women’s suffrage.

A formidable organiser, Mary worked in the background, but would take centre stage if required. We know that on 5th May 1910, she chaired and spoke at a major public meeting in the Dome, alongside Lady Emily Lutyens and the Reverend Chapman. The Argus quoted Mary’s wry comment that “she hoped that as comets were supposed to synchronise with great events, Halley’s comet this year would accompany emancipation of women”.

On 23rd October 1909, Mary chaired a meeting at Hove Town Hall at which Lady Constance Lytton spoke. She also addressed at least one Hyde Park rally and led a delegation to Parliament in January 1909, which led to her arrest and imprisonment. This was one of two periods of imprisonment for nothing more than attempting to see the Prime Minister, an ‘offence’ for which a man would not have been arrested. Mary spoke to crowds on the Brighton seafront on an almost daily basis and was reported to handle what Sylvia Pankhurst called “Brighton rowdies” with calm good humour and wit. Suffragette Joan Dugdale recalled how each evening she would address several hundred members of the public, whom she said “admired her pluck”. A local solicitor, who opposed female suffrage, would turn up each evening to heckle her. Joan recalled “Mrs Clarke never got impatient or angry and managed to silence him by turning his own words against him in a very clever manner.” She spoke admiringly of Mary’s “superhuman” strength of spirit and her gentleness.

The suffragette leader Emmeline Pethick-Lawrence recalled an occasion in Brighton on which Mary’s path was blocked by a mob of opponents. The hostile men slunk away after she quietly pulled out a copy of the WSPU newspaper Votes for Women and started to read it as though she were in “a drawing room”.

Emmeline Pethick-Lawrence recalled: “She was on several occasions very much knocked about, and some of her young workers were inclined to strike out in her defence, but she always restrained them.”

Joan Dugdale described an event in Bournemouth where she, Clara Mordan and Mary Clarke were violently heckled and had rotten apples thrown at them. Mary managed to escape from the mob, but saw that Joan was being attacked. She rushed to help and “then came in for her blows and kicks and shoving”. Another witness recalled that the hecklers were shouting “Throw her over a cliff!”

Things were so bad by 1910 that Mary was driven to say “Prison is the only place for self-respecting women.”

Mary attended the notorious ‘Black Friday’ events on 18th November 1910, where, over a period of six hours, 300 women outside Parliament were brutally beaten and deliberately sexually assaulted by uniformed and plain-clothed police, almost certainly acting on Home Office orders. Mary was injured and deeply distressed, remaining bedridden for the next three days.

Though friends tried to dissuade her, on the Tuesday 22nd she left her bed and returned to London with Minnie Turner to protest about the police’s actions. She deliberately broke a police station window, almost certainly her first illegal act, and was arrested and imprisoned for one month. This was her third period in gaol. Despite her frailty, Mary went on hunger strike and was forcibly fed. This cruel and illegal procedure caused terror, acute pain and often long-term injury. In reality, it was torture.

After her release from Holloway prison on 23rd December 1910, she attended a Welcome Meeting in London where she was reported to have made an inspirational speech. She then travelled to another Welcome Meeting in Brighton before returning to London to spend Christmas at her brother’s house.

Two days after release from prison, on Christmas Day 1910, she collapsed and died of a brain haemorrhage. She was buried quietly in a family plot in London. John Clarke, to whom she was still legally married, inherited her small estate of £60.

Mary’s death never received the publicity of Emily Wilding Davison’s violent end under the Kings’ horse on Derby Day 2013. Nonetheless, her grief-stricken sister Emmeline understood the political significance of her death. She wrote to C.P. Scott referring to Mary as her “Dearest Sister” saying “She is the first to die. How many must follow before the men of your Party realise their responsibility.”

Mary’s deeply moving obituary, written by Emmeline Pethick-Lawrence and delivered at Mary’s memorial service in the Royal Pavilion, called her the “first woman martyr who has gone to death for this cause.” Mrs Pethick Lawrence recalled a funeral tribute to Mary: “Upon her last resting-place lies a laurel wreath, and upon it is inscribed those words which she telegraphed from the police court: “ I am glad to pay the price of freedom.“ This was sent as a tribute from the Brighton members.”

Isabella McKeown, a prominent Brighton suffragette, rallied the mourners saying: “Her they must not mourn in silence. They must take the torch from her and light the darkness of craft and cruelty.”

That thought is our inspiration. Our aim, subject to Planning consent, is to place Mary’s statue in the Pavilion Estate - which has deep historic ties with the suffrage movement - as close as possible to the entrance to the Museum. There we hope that every school child, adult resident and visitor will see and recognise it as a symbol of the city’s ongoing commitment to democracy, equality and women’s rights. We have commissioned the sculptor Denise Dutton (who made the statues of Annie Kenney in Oldham; the Landgirls and Lumber Jills at the national Arboretum; and the Maharaja Duleep Singh at Thetford) and have raised enough to pay for resin and bronze maquettes (models) of the statue. Our target now is a further £60,000 to pay for the statue itself.

The design has been agreed and the resin maquette is almost complete. We are grateful for the all-party support of the City Council. We call on the people of Brighton & Hove - including school students - to work together with us to erect this statue at the heart of our city. 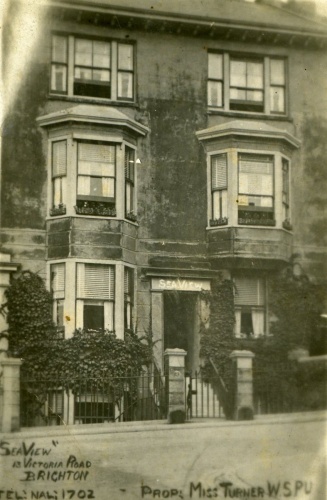