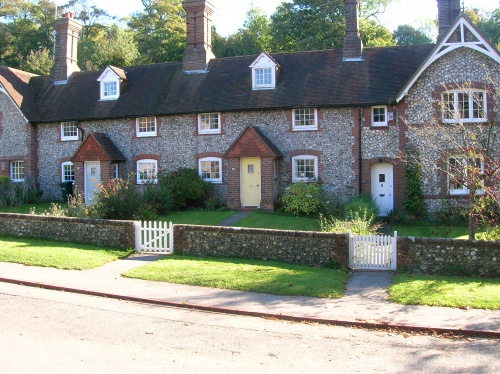 Heartbreak Village is the title of an article that appeared in The Sussex Country Magazine in January 1946. In it the author, Betty Harvey, gives a firsthand account of what happened to Stanmer Park when the Powers-That-Be requisitioned the village, ‘every stick and stone of it’ and handed it over to the military. Betty lived on the Stanmer estate, her father farmed the 700 acres around the village. When war was declared in 1939, she and her family naively thought that they would carry on much as always. They had no premonition of what fate, the War Office or the Ministry of Agriculture had in store for them or their ‘little piece of old Sussex’.

It all began when the Emergency Powers (Defence) Act came into force in August 1939 and the military were given wide powers to regulate, occupy and evacuate private estates and farming land across Britain. The requisitioning of rural land, at a time when farmers were State directed to maximise their output, was not done lightly, but the military needed land for training grounds, airfields, operational bases and prisoner-of-war camps. On the South Downs they took over a five-mile wide strip running from Arundel in West Sussex to Wilmington in East Sussex and farmers and agricultural workers were expected to live cheek by jowl with guns, tanks, barbed-wire and men, in fact, all the panoply of war.

The fields east of Falmer had been used by the Territorials for military manoeuvres since 1938, but soon after the war started Canadian and British soldiers arrived and were billeted in Stanmer Park. Reports from those early days suggest that the villagers had some happy times, but also times when relationships with the troops were strained. One example being when a group of Canadians negligently set fire to a farmhouse and caused damage to the adjoining Post Office. Unfortunately, even greater damage was to occur to the buildings and land at Stanmer in the coming years.

On 31 March 1942 the War Department informed the Earl of Chichester that his estate was to be requisitioned on 15 May. The military wanted Stanmer, classified as Block 4, as a corridor of land from which heavy guns could be fired into other, neighbouring land blocks. The requisition also required the evacuation of Stanmer village, which was designated for training in street fighting. All houses, cottages and buildings were to be vacated in just six weeks. To comply with this order the estate workers were faced with a ‘Herculean’ task. Many people had lived in the village all their lives, as their parents and grandparents had done before them. Now they were being forced to tear up their roots, lose their land, crops and livestock and go elsewhere.

Disturbingly, the first damage sustained on the estate after requisition was not the result of military activity but civilians coming on the land, breaking into houses and cottages, shattering windows and carrying away all that they could, including flowers and fruit bushes from the gardens. Lady Chichester complained to the authorities that her home and land was not being guarded and stressed the resentment felt by local Stanmer people who she says, ‘gave up their homes cheerfully for the use of the Army and now see those homes destroyed, not by military action, but by civilians coming from the nearby town.’ (22/5/42 Letter Lady Chichester to Rear Admiral T Beamish.)

The situation changed in 1943 when the military began to use Stanmer extensively. Standing Orders for the South Downs Battle Training Area stated that Stanmer House, church and graveyard were out of bounds to the military and, surprisingly, the church did remain unharmed with Stanmer House ‘only’ suffering from the Canadians billeted there. Significant damage was, however, done to woodland, which was used for training and as practice ranges for tanks firing live ammunition. Parts of the parkland were dug up and replaced by areas of concrete to provide hard-standing for the heavy army vehicles and tanks and a 10,000-water basin. The interiors of cottages along the village street were destroyed by street fighting, with hand grenades thrown through doors and windows. Farm buildings suffered most with many being reduced to piles of rubble by barrages of heavy gunfire directed at them.

The need for so many training areas came to an end with the D-Day invasion and the South Downs was once again given over to agriculture. Firstly, it had to be cleared of unexploded ammunition, a job initially carried out by Polish troop, and then the Ministry of Agriculture assumed responsibility for cultivating the land until the time came for it to be handed back to its owners and tenants.

Sadly, this didn’t happen for poor, war ravaged Stanmer: ‘Heartbreak Village’. Due to the death of the 8th Earl of Chichester, killed whilst on active service in 1944, and substantial death duties levied, a large portion of Stanmer was sold to the Brighton Corporation in 1947. The sale brought to an end over 230 years of ownership by the Pelham family and signalled the beginning of a new life for the Stanmer Park Estate. 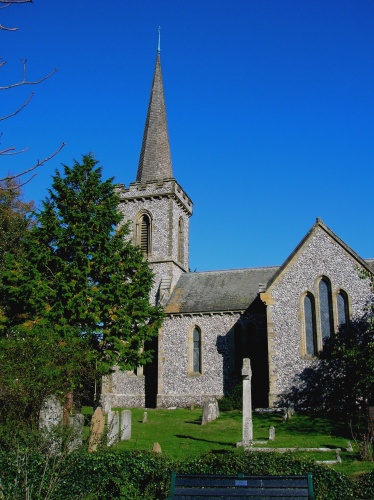 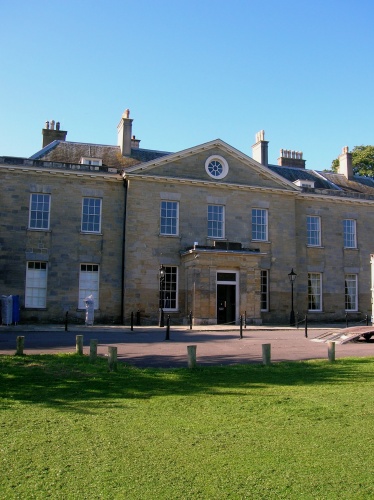