Hair Today…. A History of Wigs 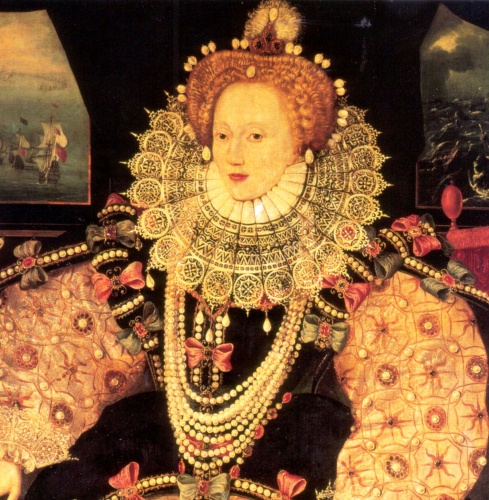 This detail of the Armada Portrait, c.1588, shows an ageing Queen Elizabeth I adorned in jewels and one of her many tightly-curled auburn wigs 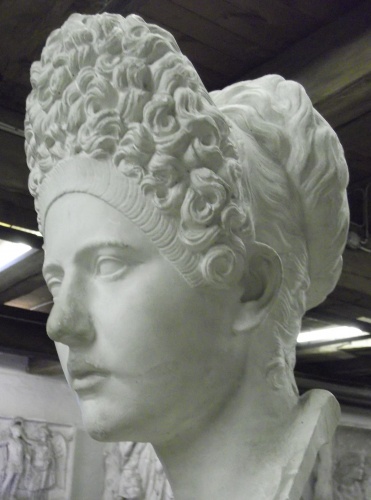 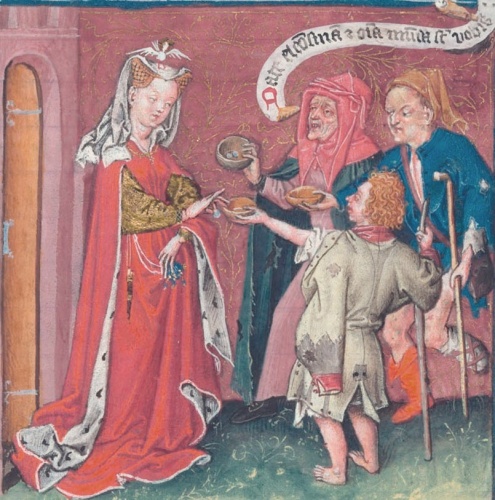 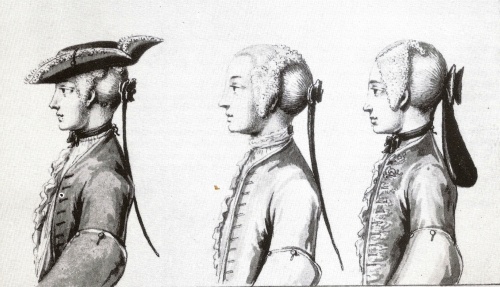 Male wigs were fashionable for much of the Georgian era. This plate from The Exact Dress of the Head 1725-26 illustrates tie wigs and a bag wig 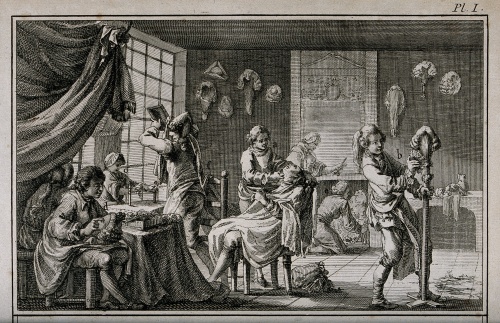 Trained hairdressers and wig-makers were much in demand during the 18th century, as seen in this illustration of a barbers’ shop and wig-making establishment, 1762 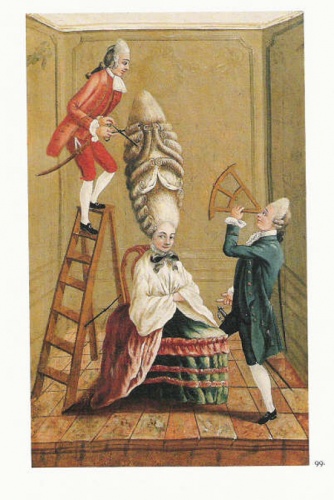 The towering powdered wigs adopted by ‘macaronis’ in the 1770s were lampooned in popular prints like Ridiculous Taste or The Ladies’ Absurdity, 1771 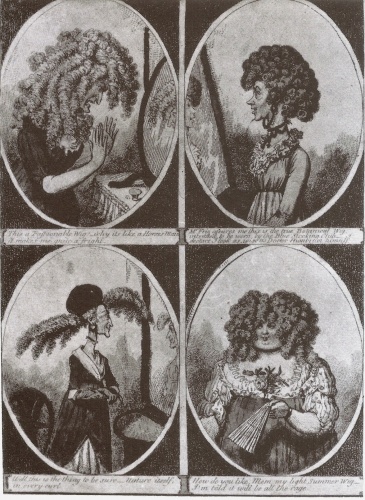 This caricature of c.1800 exaggerates and mocks women who sought to disguise their appearance using unnatural-looking wigs and false curls 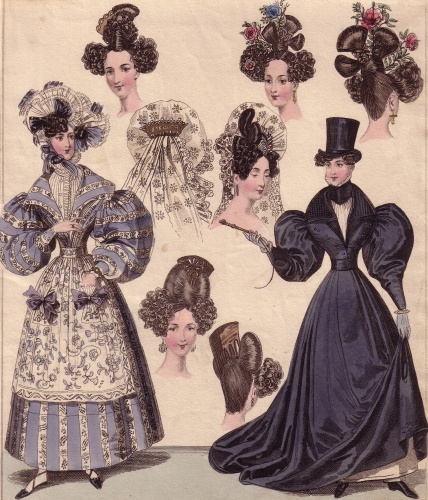 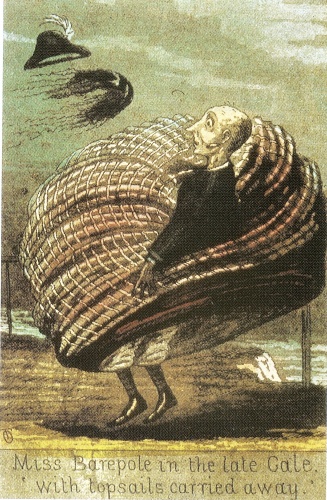 . Older ladies commonly wore wigs when their own hair thinned, much to popular amusement, as seen in this postcard, 1860s (watch out for those March winds!) 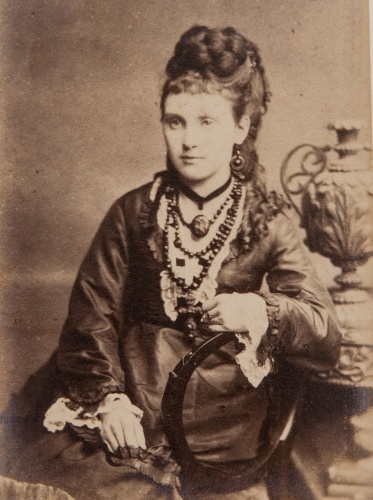 The elaborate, complex coiffures of the mid-Victorian era often used false hair including thick plaited sections, as seen in this photograph, early 1870s 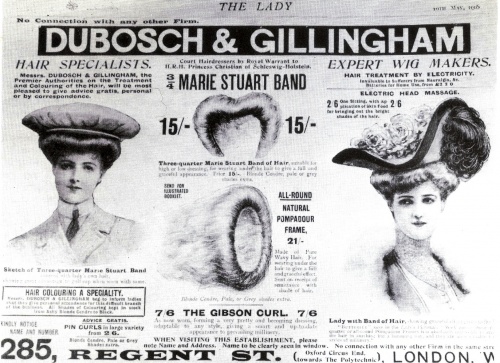 A woman’s hair was her ‘crowning glory’ and in the Edwardian era many aids were available to create the full upswept styles, as seen in this advertisement, 1905