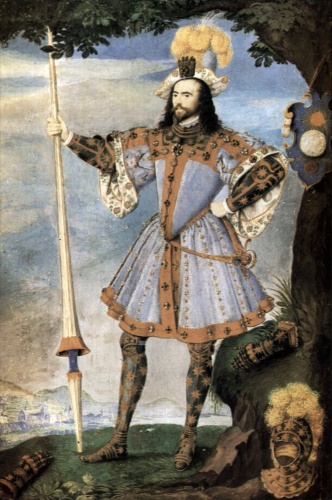 Ever since early man developed the first primitive bag-like hand-coverings, gloves have played a major role in dress, serving many practical, social, ceremonial and symbolic functions and offering endless scope for fashionable display.

Symbols of war, power and distinction

Gloves and gauntlets (gloves with cuffs extending up the lower forearm) were used by the Ancient Egyptians, Grecians and Romans. Following the Norman Conquest (1066) English royalty, the higher clergy and high-ranking dignitaries wore gloves as badges of social status. Embroidered and jewelled gloves were elements of the insignia of medieval emperors and kings, and gloves are traditionally bestowed at coronation ceremonies. The time-honoured ritual was observed in 1953 when Queen Elizabeth II was invested with the recognised symbols of monarchy: a stole and cloth of gold Robe Royal, orb, sceptre, coronation ring and glove presented by the Worshipful Company of Glovers. A leather gauntlet worn with chain mail or armour provided essential defensive protection in medieval warfare during hand-to-hand combat. By the thirteenth century gloves were also recognised battle tokens, a knight or soldier tossing a gauntlet at the feet of an adversary, as a challenge to his integrity and invitation to duel, hence the expression ‘throwing down the gauntlet’: in ‘taking up the gauntlet’ the opponent accepted. Using a glove/gauntlet as a challenge to settle a personal dispute was a right that any free man could claim: embedded in English law for centuries, the last gauntlet challenges were reported during the late-1700s.

Gloves, with their emblematic power and prestige, were initially male items, but by the 1200s aristocratic ladies were wearing long gloves as fashionable ornaments. Gloves were an established accessory by the 1500s, plain leather for ordinary people, simple gloves often presented as wedding favours and gloves with black tops or inserts given to mourners and servants at funerals. Conversely, the finest variants were embellished with gold, silver or silk fringing, intricate coloured embroidery, pearls and spangles. Many ornate late-Elizabethan and Jacobean kid gauntlet gloves survive intact and are preserved in museums.
The presentation of gloves at significant events is a key aspect of their history. Costly gloves were also desirable worldly gifts, often exchanged at Christmas and New Year among the wealthy. Queen Elizabeth I received many such gifts from her courtiers and in return she might bestow her favour by placing a glove in a nobleman’s hat at a tournament or tilt - an emblem identifying him as the Queen’s Champion. Perfumed or ‘washed’ leather gloves were much admired: first imported from France and Spain, by the 1580s they were being made in England, some even perfumed at home using scents like jasmine and orange water.

Early British gloving centres were established for example in Somerset during the 1300s and Dorset by the 1400s. Leather glove-making was a complex craft involving up to 80 processes, including cleaning, removing hair and flesh, fermentation, soaking, scraping and rinsing. Only certain skins were suitable and the most expert and lengthy skin-dressing process provided the soft, high-quality leather required for fine gloves. Historically, British skins were deer, lamb and sheepskins, the smoothest kidskins being imported from France, already dressed and ready for cutting. The fashionable elite favoured luxury French kid gloves, but officially foreign imports were prohibited between the 1400s and 1826, when restrictions ended.
Experienced glove-makers knew precisely how many pairs of gloves different skins yielded, basic sizing initially achieved using gauges and measures. Fit and finish were critical, yet until mechanisation these qualities varied with the maker’s expertise. Few women became master glovers, although once cut out, gloves were usually stitched by females who hand-sewed the gloves, mainly at home, earning piece rates. A new system of accurate glove sizing and pattern-cutting was patented in the 1830s by Frenchman Xavier Jouvin: widely adopted during the 1850s, this formed a prototype for today’s methods. The sewing machine quickened the process, although in Britain cottage-industry glove-making continued alongside the factory system.

Despite fierce competition from foreign imports after 1826, especially from Germany, Italy and Austria, glove-making remained a traditional craft and many superior English-made gloves were hand-stitched well into the 20th century. Refined accessories complete an elegant ensemble and gloves are still de rigeur for formal wear. Her Majesty the Queen always wears gloves for public engagements, her short day gloves and long evening gloves being designed and hand-made by luxury glove manufacturers, Cornelia James (est. 1946), who formerly occupied the distinctive building named Glovers Yard in Havelock Road, Brighton. The founder, Cornelia James, was initially asked, through her work for the royal couturier, Norman Hartnell, to make a pair of white cotton ‘going-away’ gloves for Princess Elizabeth following her marriage in 1947. This began a long and successful association culminating in the grant of a Royal Warrant in 1978. The company now operates from an atelier in Ripe, East Sussex: https://www.corneliajames.com/

Leather, fabric and knitted gloves were all available by the 17th century, the various materials denoting different trades. Delicate linen, silk or cotton gloves or mittens (hand-coverings encasing the thumb separately but four fingers together) were originally produced by the milliner, who supplied trimmings and ‘small wares’, or the dressmaker, while framework knitted gloves and mittens using cotton or silk yarns were manufactured mainly in the Midlands. By the 1700s various gloves were worn throughout society: providing both warmth and protection from the sun’s rays, they also conveyed a sense of gentility, modesty and social status. In novelist Henry Fielding’s The Universal Gallant (1734), it was stated: ‘I never gave my hand to any man without a glove’ and ‘the first time a woman’s hand should be touched is in church’. Long white kid gloves were compulsory for court wear with short-sleeved, trained court dresses, while among the servant hierarchy white cotton ‘Berlin’ gloves were worn by footmen waiting at table. The protocol of glove-wearing became an increasingly important aspect of 19th-century life. Male and female gloves were customary for evening functions including balls and the theatre, for church and weddings, and among the respectable classes it was deemed vulgar to appear in public without. The Victorians considered physical contact distasteful, except in private, and gloves provided an acceptable barrier. Until at least the 1950s/1960s many women routinely wore gloves to complete a good outfit.

The evolution of gloves closely followed fashion. Gloves and mittens with open fingertips were in vogue throughout the 1700s, ‘shammy’ gloves made from chamois antelope skins, fine Woodstock gloves fashioned from fawnskins, York tan gloves for formal wear and Limerick gloves from Ireland also popular. The working classes sometimes wore modest worsted gloves, although leather gloves were not necessarily expensive and could cost as little as 10 pence a pair. In the early-1800s kid, silk and cotton gloves were often relatively plain and pale-coloured, but stronger colours followed as fashion grew more ornate and ornamental Victorian gloves were intricately-embroidered or threaded with ribbon. Fine leather, fabric or lace gloves to match particular outfits remained fashionable in the Edwardian era, while 20th-century versions included bright hand-knitted woollen gloves and stretchy nylon gloves of varying designs and styles.
Gloves have also enjoyed a practical, protective function. As an item of occupational dress, they have been worn to protect the hands from friction, heat and harsh materials. Farm labourers wore coarse gloves and mittens as early as the 1300s, although by the 1800s they were mainly used for rough work like hedging and reaping. Brick-makers wore gloves, especially lads catching new bricks thrown down from the kiln, while forms of half-glove include the thatcher’s palm and shoemaker’s hand-leather. Gloves were traditionally worn for horse-riding, carriage-driving and, later, motoring and in recent centuries special gloves have evolved for various sports, including golf, boxing, cricket, football goal-keeping and cycling. Jayne Shrimpton (MA History of Dress) provides a professional family photograph dating and analysis service: 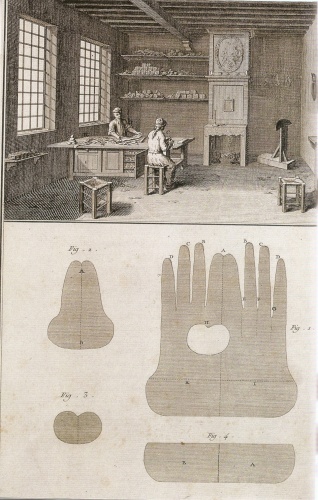 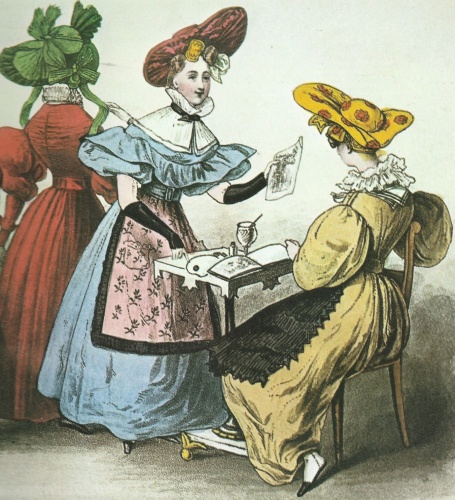 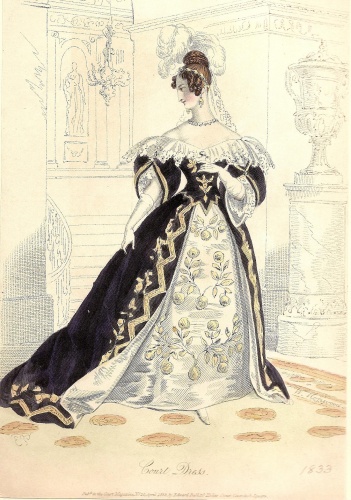 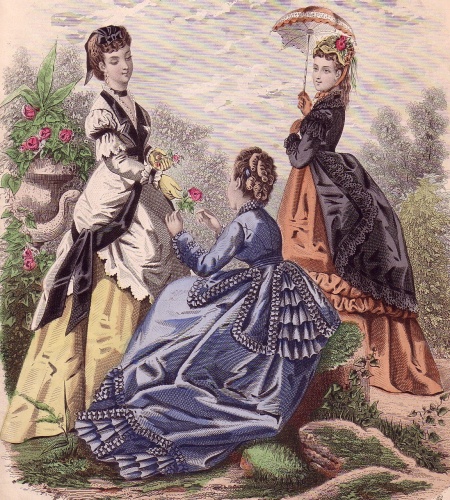 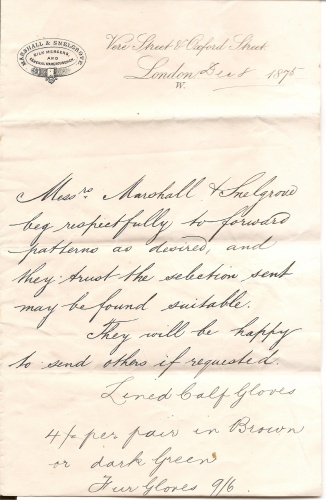 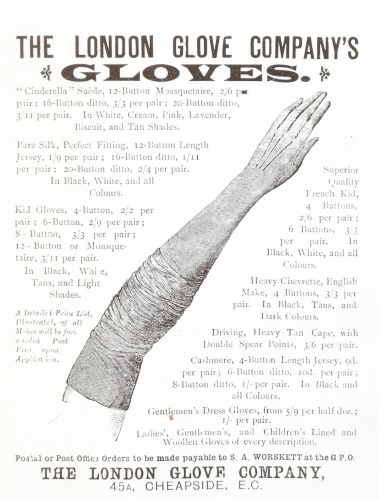 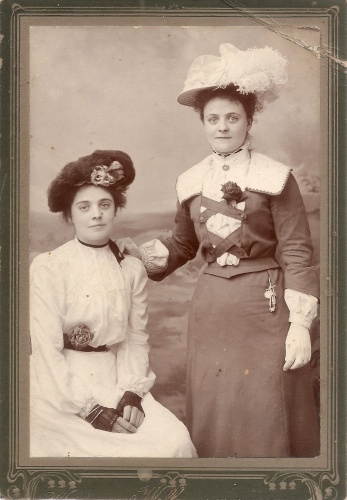 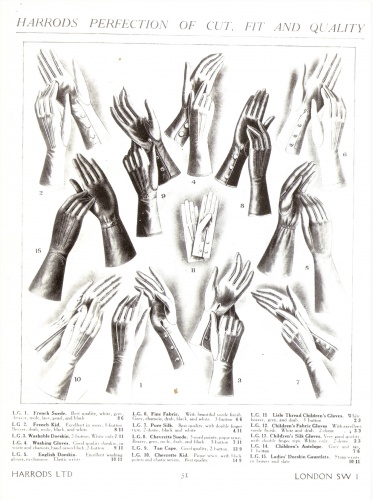 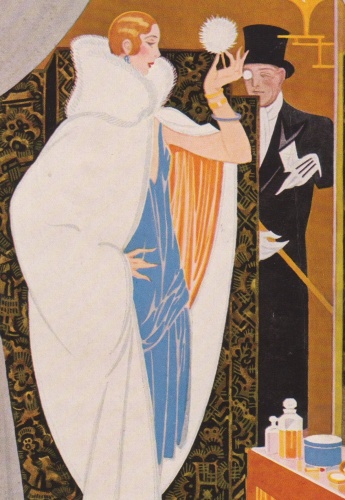 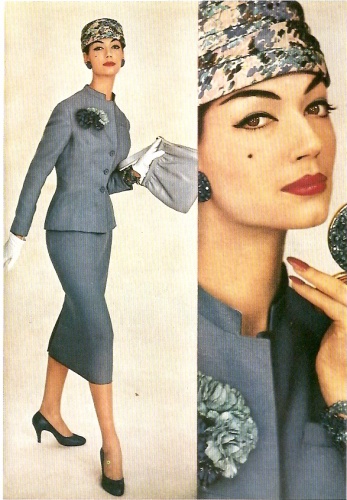 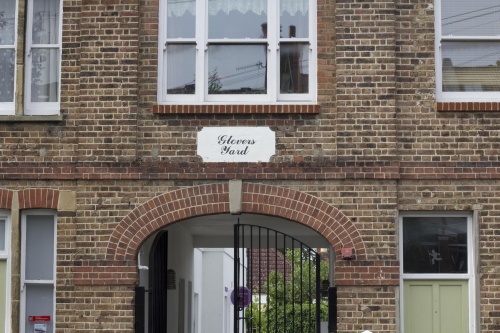 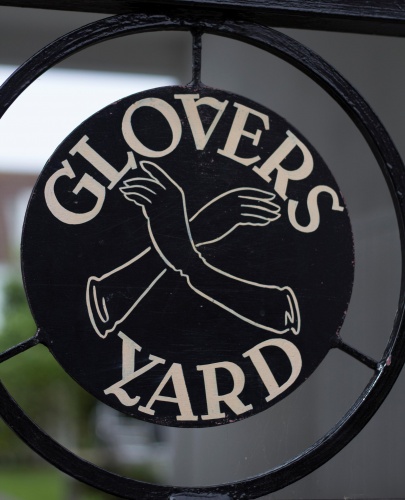 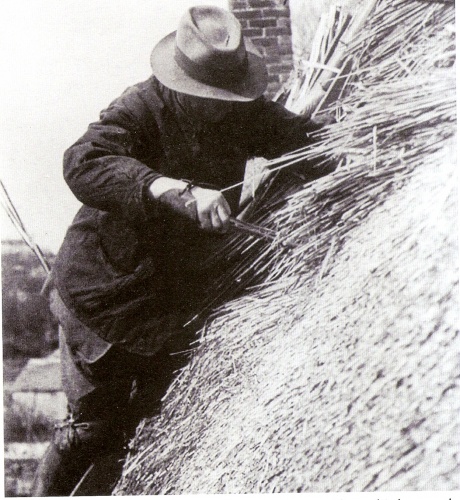