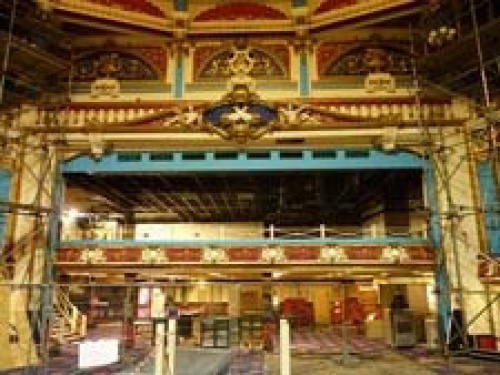 At the time of writing, the future of Brighton Hippodrome remains uncertain. Council Planners have received the required information from Alaska Development Consultants and their application to turn the Hippodrome into an eight-screen cinema is now valid. What happens next is a period of public consultation and interested parties have until the 4th March to make their feelings known. What is not in question is the role this Grade-II* listed building has played over the years in developing Brighton’s reputation as a centre for cultural tourism and, indeed, the place to be on the South Coast. It actually started life in 1897 as an ice-rink. Designed by Lewis Kerslake and situated on the east side of Middle Street, it had a long stuccoed façade with short towers at each end. Its neighbours included residential houses, inns, the Union Charity School, which was founded in 1805 and was the first public elementary school in Brighton, and the fabulously decorated Middle Street Synagogue, built in 1874.

Brightonians were not, however, taken with the idea of ice-skating and the venture failed with the venue being sold in 1900. Then, famous theatre architect Frank Matcham was engaged to enlarge and rebuild the interior; the building was named The Hippodrome and opened as a theatre in 1901. More work was carried out the next year and, on 22 December 1902, the Hippodrome reopened as a variety theatre and circus.

Under the stewardship of entertainment impresario, Thomas Barrasford the Hippodrome soon became Brighton’s most important variety theatre. Its policy was to offer two evening performances of ‘high quality and respectable entertainment at affordable prices’, as Brighton Herald noted on the opening night, ‘The entire programme was eminently wholesome in tone’. (http://www.mybrightonandhove.org.uk)

Circus acts, variety theatre and vaudeville shows were staged, attracting top named entertainers such as Sarah Bernhardt, Sammy Davis, Jr., Gracie Fields, Harry Houdini, Buster Keaton, Lillie Langtry, Laurel and Hardy, Laurence Olivier and Charlie Chaplin. Local talent also appeared, perhaps most notably the music hall entertainer Max Miller. Born at 43 Hereford Street, Brighton in 1894, Thomas Henry Sergeant, aka Max Miller the self-styled ‘Cheeky Chappie’, incorporated into his comedy banter and risqué gags something of Brighton’s seafront and the life of its market traders. From the 1930s through to the 1950s, he regularly entertained Hippodrome’s audiences with, what The Times called, his ‘engaging intimacy’; multi-coloured silk jackets and plus-fours. Such was the success of the venue that, in 1939, two neighbouring houses on the north side were demolished and the theatre enlarged; the overall capacity was increased to 3,000 (although this was far exceeded on occasions – see below), and the main auditorium accommodated 1,400. But, as fickle as these things always are, the popularity of variety theatre waned after WWII and the Hippodrome had to adapt itself to hosting one-off concerts and large-scale events. And they didn’t get much bigger than the Beatles, who, as part of their first world tour, played at the Hippodrome on the 12th July 1964. The same year, on the 11th October, the last date on their fourth British tour, the Rolling Stones performed two shows there. Sell out concerts, with audiences of over 4,000 were, sadly, not enough to stop the decline and save the Hippodrome as a live performance venue. It closed in 1965 becoming, for a short time, a television and film studio. In 1967 it was turned into the Mecca Bingo Club. It closed once again in 2007 and has remained empty ever since.

Empty, but certainly not forgotten. In 2008 the building was leased to Academy Music Group who planned to establish it as a live music venue once again, but this was not to be. The project proved just too expensive and in 2009 the Theatre Trust (an advisory body on theatre conservation) placed the Hippodrome on its register of ‘buildings requiring special attention’, in fact, it reached their top ten at highest risk.

Looking at the outside you could be forgiven for wondering what the ‘fuss’ is about; the exterior really does give little hint as to the wonders inside. But much of Frank Matcham’s opulent interior remains. The foyer leads to a horeshoe shaped auditorium; above this is a proscenium arch featuring elaborate Rococo-style moulded plasterwork showing dolphins and female figures. Above the auditorium is an intricately patterned dome, and there are Indo-Saracenic-style onion domes (think Royal Pavilion). There is more Rococo decoration on the segmented ceiling and the newer rooms, on the northern side, are all decorated in an elaborate Middle Eastern style.

Also of note, as it is the only surviving example in the UK, is the equestrian entrance, leading off from the side of the stage to what is now a car park. This may well be the door through which an elephant made its bid for freedom, passed the stage door and the large window in the stage doorkeeper’s cubby hole, out into the street. What surprised the manager, George Black, was that the stage door keeper did not notice even though the animal must have, to use his exact words “blocked out the f** day light as it passed his window”. The elephant was eventually found taking a stroll around the lanes and accepting buns from passers-by. (www.arthurlloyd.co.uk) No doubt many more stories will be created in the next chapter of the Hippodrome’s life. What happens next will depend on whether the Council’s decision to let the plans for an ‘entertainment hub’ go ahead or if they take the opportunity to help bring the Hippodrome back into use as a space for live performances. 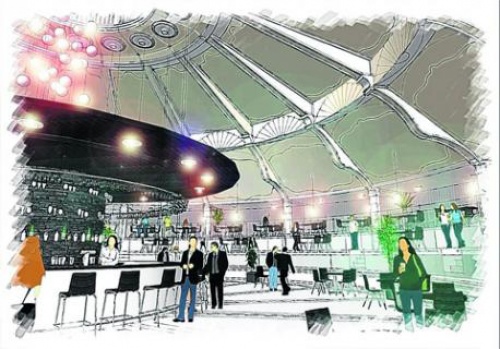 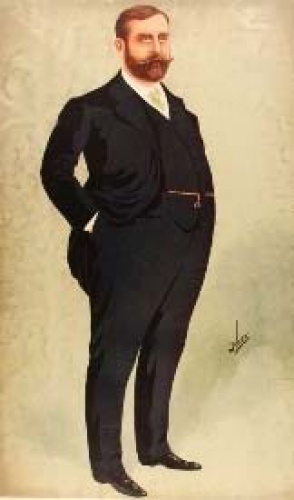