An Act of Remembrance 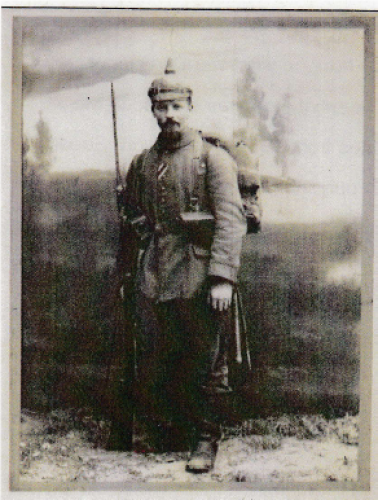 Remembrance Sunday, the second Sunday in November, is the day traditionally put aside to remember all those who have suffered and died in conflict and all those who mourn them. On the 9th November this year, services around the country will be framed to ensure that no-one is forgotten. And in this spirit, we should perhaps spare a thought for the 16 German prisoners of war buried in Bear Road Cemetery, Brighton.

They are, of course, in good company. The 31 acre site not only includes the St Dunstans plot, for former residents of the home for blind ex-service personnel, Angel’s Corner for the interment of children, a meadow area to encourage wildlife and a Baha’i section, it is also home to many war graves. There are 275 Commonwealth graves from WWI and 102 from WWII, plus 17 German graves thought to be pilots shot down in the Brighton area between 1942-1944. The graves of the 16 German WWI soldiers take a little seeking out, as they are discreetly tucked away, down in a dip, in a section previously reserved for Roman Catholics. The location (ZKO on the cemetery map) chosen, perhaps, so as not to cause offense at a time of intense, national mourning.

But there they are, German soldiers from the Great War. All were aged between 20 and 32 years; most were Infantry men with ranks of Private, Corporal or Lieutenant Corporal; they were all prisoners of war, who had been transferred to one of the many buildings in Brighton and Hove converted to provide treatment and convalescence for injured and sick soldiers. Joseph Schönwetter, who we are lucky enough to have a photograph of, died in the Kitchener Hospital, which was formerly the Workhouse and is now Brighton General Hospital. Fourteen of his comrades died in the much grander setting of the Lewes Crescent Military Hospital, Nos. 16-17 Lewes Crescent.

Some may have been casualties of war or victims of something ghastly like dysentery, but…. Richard Sauer’s death certificate says 1. Influenza, 2. Broncho-Pneumonia and, looking at the dates of all the other deaths, I think it would not be unreasonable to speculate that they too succumbed to Spanish Influenza. Ludwig Muller died in January 1919, but all the others died between the 19th October and 20th November 1918 – three died in one day, 6th November - and these dates coincide with what Rose Collis, in her book Death and the City, tells us was the peak time for influenza deaths in Brighton. In November 1918 there was an average of 70 deaths a week, placing Brighton within the top 15 UK cities affected. Such was the strain on the town’s cemetery resources, local policemen were commandeered to help dig graves.

Conservative estimates put the death toll for the 1918-1919 Spanish Influenza epidemic at 27 million worldwide, with the UK figure ranging from 150,000 to 230,000. With so many dying and being buried a long way from home, there must have been countless graves left unvisited by family or friends. This was not, however, the situation for the 16 WWI German soldiers buried in Bear Road Cemetery. Their graves were not only visited they became a site of pilgrimage and a place where people came together to demonstrate Anglo-German friendship.

In June 1935, a party of German ex-servicemen came with the intention of placing wreaths on their countrymen’s graves and on those of their one time enemies. They were guests of the Brighton branch of the British Legion and included Prince Otto von Bismarck, who offered his thanks for the way the graves had been tended by the War Graves Commission. After the ceremony at the cemetery, the party attended a dinner given in their honour and, when a message from the Prince of Wales was read out, the Germans all rose to their feet and cried “Seig heil” – the equivalent of a very hearty cheer, according to a newspapers report of the day! (Bristol Mirror, Monday 24th June 1935).

Two years later, a similar visit took place. Fifty delegates from Witten, North Rhine-Westphalia, came to pay their respects to the German dead, but on this occasion they seem to have placed more emphasis on their role as ambassadors. They came, they said, to help preserve world peace. A photograph taken of the occasion and printed in the Brighton and Hove Herald (Saturday 26th June 1937) shows the leading members of the German delegation giving the Nazi salute while a spray of flowers, tied with a sash bearing the Nazi emblem, was placed on a grave. A strange way to promote the idea of peace and friendship you might think, but, of course, we are viewing this retrospectively and in quite a different way from how people would have seen it at the time. Certainly, their British hosts were unperturbed as they all went off to dinner and a concert on the Palace Pier, where the Queen’s Royal Regiment played works by German composers and a jolly good time was had by all.

Staff in the Woodvale Lodge office do not remember any groups coming in the recent past, but this summer, in line with the 100 year commemorations, the War Graves Commission have given the gravestones an extra brush-up, have tended the garden and trimmed the grass around them and once again they look loved and cared for – ready to receive visitors.

My thanks to Marion Devoy for her original research and help with this article. 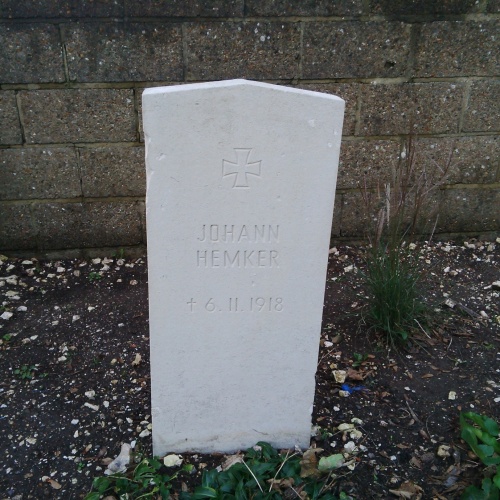